Revealed: The Secret of Unity Consciousness and Ultimate Reality! 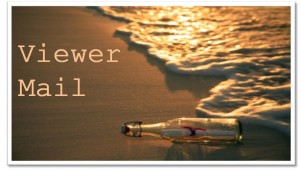 You remind me of another quote from Donna Farhi that refers to realizing “the inherent unity behind the multiplicity of life’s expression”. Our challenge is to balance the experience of oneness and individuality.

“Do you think it might be possible to realize the inherent multiplicity beyond the unity of life’s expression?

“In academic circles many postmodernists talk about the ultimate reality as inescapably pluralistic with no unity, and then say that attempts to impose unity is exercised by people who want power. By appeals to unity that are trying to bring order — their order — out of chaos, usually at the expense of other who are less powerful.

“Hence the critique of master-narratives, whether called “Christianity” or “Enlightened Thinking” or “Buddhism” or “Marxism.” The alternative is to let a thousand flowers bloom and complete with one another for sunlight. Very Nietzschian. Conflict is the bottom line.

“What does Christopher think? Why prefer unity over disunitive multiplicity, peace over conflict, harmony over discords, when it comes to soul journeys?

To which I am now responding:

Sorry for the delay. We been traveling and we’re finally settled in. My thoughts are:

1) I think it’s a little funny to speculate about the nature of ULTIMATE reality with any sense of authority. What exactly would these academic conclusions be based on?

2) If it is possible, I suspect the inherent unity would have to be “realized” as opposed to “imposed”. Any thought form that we imposed, couldn’t possibly take everything into account much less be truthful. Just because this is what people have tended to do doesn’t mean it’s the way the universe ultimately works.

3) I don’t think conflict is the only alternative. Again, this feels like imposing the human habit of “either\or”. It’s either impose order or resign yourself to chaos. I find the deeper truth is often revealed by finding the third possibility that takes me past the oversimplifying dichotomies of dualistic thinking.

4) I’m not advocating unity over multiplicity. I am suggesting that balancing the two might offer a fuller picture than either on its own.