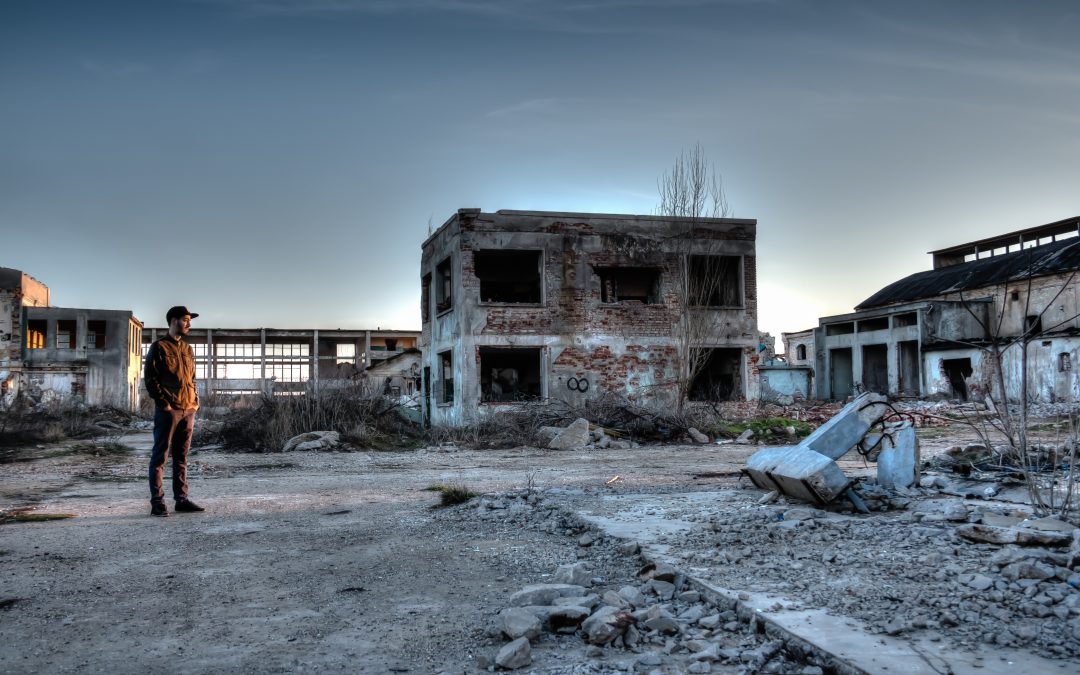 Last time I talked about how many of the constructs that we have depended on to structure and make sense of our world are disappearing. The social, political, economic, environmental, and spiritual norms we are so used to are crumbling because we have resisted letting them go even though it is way past time to move on to newer, more relevant ways of processing and understanding life.

Our grace period is ending. We were given a chance to work with the transition but instead we stalled and avoided it. Now the transition has been set in motion in spite of us. Most of us will experience this as unpredictable upheaval and insanity, but really this is just what the pattern looks like when one fights against the conclusion of a major cycle. The virus is the most obvious example of the shift, but it is still only a part of this larger transformational event.

Our culture indulges in a reckless fantasy of constant growth, ignoring the part of meaningful growth that is loss, death, contraction, introspection, recovery, and change. Though we are unwilling to embrace it, transformation will be visited upon us.

That means the archetypal energy of destruction must be brought into play.

The Destroyer is almost always seen as an evil, scary force, but that is because we fail to perceive it as part of creation. It clears space and removes obsolete energy, paving the way for new beginnings and fresh possibilities. Since we typically do not recognize this aspect, we end up having to deal with the shadow version.

The Destroyer’s job is to eliminate that which no longer serves us. It rises up to destabilize the known, shaking loose everything that has overstayed its welcome, absorbing it all into its field so it can be taken back down into the darkness when it finally recedes.

Ultimately, the Destroyer destroys itself and everything that has attached to it. That’s why we see so much (obsolescing) energy rushing toward us and aligning with the worst and lowest elements of our reality. That which must be released is instinctively attracted to this archetypal force, unwittingly cooperating in its own demise.

For those who will deal with the aftermath of the transition, the focus must be to limit the collateral damage. To begin with, it helps to see the Destroyer for what it is: a force in the Universe that has a critical role to play. Since it usually shows up in such an ugly and frightening form we often do not recognize it. It seems random, inexplicable, an aberration. We are stunned by it because it doesn’t make sense, and struggle to recover our balance.

The Destroyer challenges us to reconnect to our deepest values and stand with our truth in the face of its disturbing and destabilizing onslaught. It demands that we turn to what is best in us while simultaneously opening ourselves to the evolutionary download that lies on the other side of the earth it is scorching.

If we can’t stay aligned with our Spirit in the face of the Destroyer, then we experience it in shadow. We become susceptible to fear, hate, and unconsciousness. This feeds the Destroyer power and makes it more dangerous and destructive.

We have collectively chosen an extremely perilous path to a new world. Since we are traveling it already, it is critical that we stay aware of how we can survive the journey and where it leads. The Destroyer will serve our highest good if we let it, but that doesn’t mean appeasement, or passivity, or fighting fire with fire.

It means respecting both its transformational and destructive power, cooperating with an irresistible force without getting sucked into its vortex.

This is the kind of Spiritual terrain that I help people navigate. If you’re feeling some urgency around working to be more conscious and connected during these “interesting times,” I encourage you to get in touch with me.