Humpty Trumpty is Having a Terrible Fall 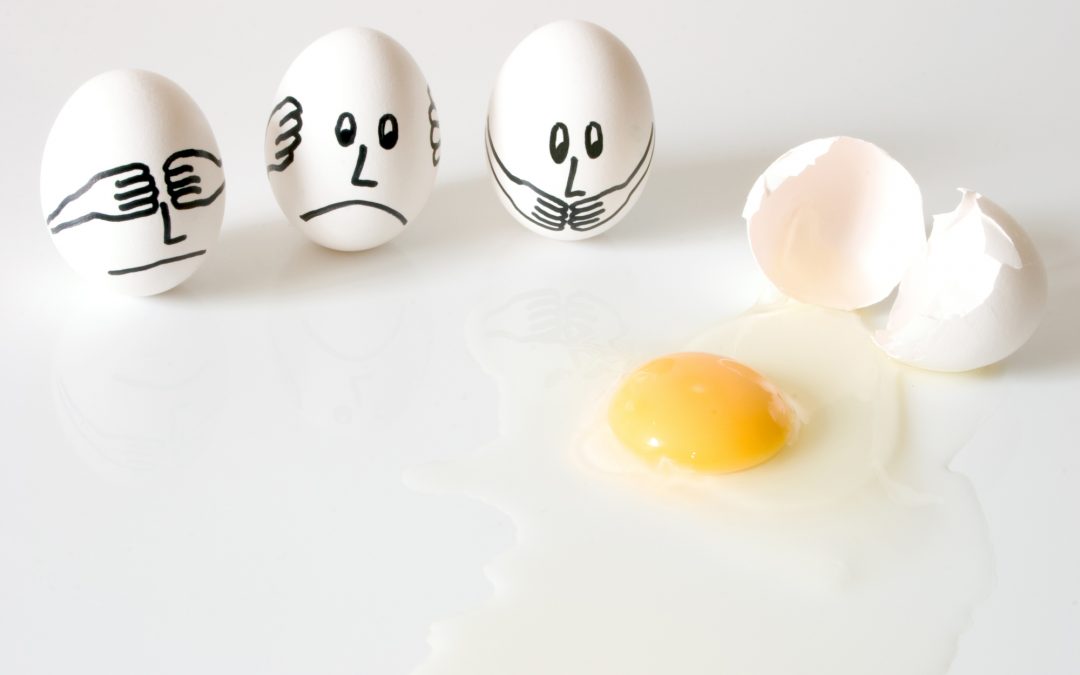 Our personal and cultural mythologies are very powerful. And when they get disrupted, the results can be both transformative and chaotic.

For the last four years, many of us have wondered what it would take to bring Trump down. He has broken every rule, norm, and principle and paid no price. He has committed a multitude of political sins – including actual crimes – that would have eliminated any other President or candidate in our lifetimes.

This is in part because it has all been in keeping with his mythology. His public persona has been that of a playboy, millionaire, scoundrel, businessman. That means he enjoys privileges and gets away with things the rest of us wouldn’t. We expect him to manipulate the system and take advantage of others. It’s all, as we now say, “on brand.”

We all know the legal system works better for you the whiter and wealthier you are. And that “it’s just business” when a big company screws someone over. And rich and famous men are going to cheat on their wives with impunity.

If you decide to buy into him, this all comes with the territory. It doesn’t diminish him to play by his own rules, or be selfish, or untrustworthy. In fact, his supporters sort of admire it. Presidents like Carter or Obama would never get away with it because their brand is completely different.

So what would cause his downfall? Does this mean he’s untouchable?   Well it’s looking very much like the linchpin might have been his taxes finally being exposed.

The key to his myth and his illusion of power will very likely turn out to be the “self-made millionaire” part. Without that, he’s just some asshole. It’s what gives him license to be cruel and narcissistic and even incompetent – because then, even if he appears to be struggling, there is still the sense (again, only to those who were vulnerable to his con in the first place) that he must know something we don’t because otherwise how would he be so successful? You see, he went bankrupt all those times as a clever strategy to game the system – All rich, important people do it.

This is a holdover from the ancient monarchical/aristocratic structure that said that those who have wealth and resources are our betters. God has favored them with power and status for a reason. At least unconsciously, his followers hold the belief that his money and fame are an indication of his inherent superiority. This is also why the issue of privilege has been stirred up recently. Part of his greater cultural purpose is to highlight and expose the mirages and spells we can no longer afford to be fooled by.

Trump has bragged about his wealth, but he’s been entirely unwilling to furnish proof. He has hidden behind the lie of a never-ending audit because his approach has always been to invest entirely in image over substance – what choice did he have really?

He is the living embodiment of “perception is reality.” But that also means he must always desperately work to avoid exposure, particularly the fact that his founding mythology is a deception. It is the critical foundation on which all his other illusions are based and flow from. Even if no one in his cult sees or believes the truth that his taxes reveal, that information, that energy, has been released into the world. It is now a matter of record and indelibly attached to his legacy. He knows we know.

And in a way, for a man who lives so much in a reality of his imagination, he was exposed to himself.

So just how powerful is the truth in this case? Well, look at what happened next. First, he melted down at the first debate into one of the most straightforward displays of what an unmitigated and disturbing force of entropy he represents. Exposure cost him. It propelled him into frenzied and incoherent attacks in an attempt to compensate, a sign of just how weak he felt. Which further diminished him in the country’s eyes.

More importantly, though, he got sick. He became susceptible to the signature failure of his attempt to play president. It was like he had been courting this disease since the beginning; almost daring it to get him. And that finally happened when the connection between him and the character he had been playing had been sufficiently eroded.

Nothing has ever contradicted his mythology more than having been revealed to be not just a sick, weak, crazy old man, but an all-time presidential disaster, drowning in more debt than even his father could have bailed him out of.   With his founding myth disrupted and deflated, we are starting to see his new mythology begin to take form. Contracting the virus marked the completion of Trump’s ownership of the pandemic. History will forever associate him with it; more than any other person in the world. Nobody did more to enable its spread and its damage.

Looking back, I think we might see this as the moment he merged with the virus. His fantasy identity having been breached, he was revealed to be not a businessman, not a builder, not a negotiator, but a destroyer. All he ever did in any situation was to go in, extract any value there was for himself, and leave the rest behind as garbage.

This is what a virus does. Trump has gone viral. And this is the myth he is living into.

We will all eventually reinterpret everything that has happened through this new understanding of what he is and who he is. We will see that, as a country, we allowed ourselves to become compromised and susceptible to his influence. That the ugliness and fear that he represented virulently spread among those with the least capacity for resistance.

And we will see this and everything else that followed as the consequences of our unwillingness, up until this point, to live into a new authentic, updated mythology that speaks to who we actually are and who we are willing to take steps to become. A large part of what made us vulnerable to Trump’s shadow version was our insistence on holding on to an outdated and irrelevant story of America.

Like too many of our Supreme Court Justices, we are collectively guilty of adherence to an irrational form of “original-ism.” In most cases, our national self-image fails to acknowledge that our collective mythology is rooted, like our founding documents, in a mentality that does not take into account the value, rights, and in some cases, existence of the vast majority of the people it’s supposed to apply to.

As much as anything, Trump’s role in all this was to call attention to the irreconcilable distance between the story we were telling and the story we were living. He has done his best to lay waste to our illusions, and without meaning to, clear space for the story we should be telling.

If your spirit is prompting you to have a conversation about the mythology you might be living with, I encourage you to consider working with me.