Why I Decided Not To Be All I Can Be 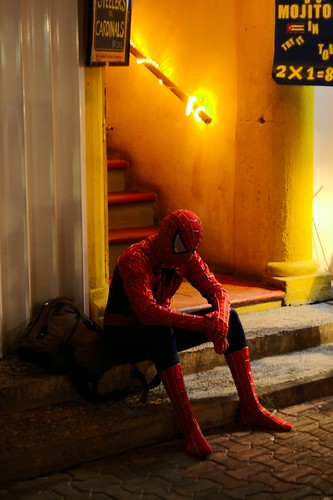 [Obstacles – Part 3 of 4] Fear of failure and disempowerment is easy to understand.  Occasionally, though, I will get a question from a client about fear of success and being powerful.  “Who doesn’t want that?” they ask.  “Why would I want to avoid being a bigger, better version of myself?”

“Our deepest fear is not that we are inadequate. Our deepest fear is that we are powerful beyond measure. It is our light, not our darkness, that most frightens us. We ask ourselves, who am I to be brilliant, gorgeous, talented, and fabulous? Actually, who are you not to be? You are a child of God. Your playing small doesn’t serve the world. There’s nothing enlightened about shrinking so that other people won’t feel insecure around you. We are all meant to shine, as children do. We are born to make manifest the glory of God that is within us. It’s not just in some of us, it’s in everyone. And as we let our own light shine, we unconsciously give other people permission to do the same. As we are liberated from our own fear, our presence automatically liberates others.” [This quote is frequently attributed to Nelson Mandela but is actually by Marianne Williamson, from her book A Return to Love: Reflections on the Principles of “A Course in Miracles”

So why would we choose to stay small, be less than our full selves?  I think what scares a lot of us is that we do not know what we REALLY want, and we do not trust ourselves (in most cases correctly) to exercise our power safely, effectively, and responsibly.

Think of the myth of Midas.  By acquiring what he thought he wanted and valued most – gold – he ended up destroying everything and everyone he actually cared about. Every “Behind The Music” and “E! True Hollywood story” are essentially the same: fame, wealth, and power not only don’t end up fixing anything or making stars happy, they end up ruining their lives (at least temporarily).

I once heard someone say that money and fame only magnify what is already true.  People who craved these things thought that’s what they wanted, and on some level probably thought it would make them less insecure, powerless, self-loathing, fearful, alone, etc.

If power feels dangerous to you (and this is usually perceived unconsciously), you often will eschew opportunities to claim it and then disguise this from yourself with confusion, overwhelm or distraction.

As long as we live with self imposed limitations (afraid to fail, not enough money or time, too late for me, etc.) we don’t have to face the fact that we don’t really know what we want.  And, we don’t know what to do with power.

To avoid knowing this, we are willing to pay the lesser price of being disappointed with our lives – it allows us to blame circumstances, God, or those around us … and avoid responsibility. In addition it gives us plausible deniability: “What do you mean I chose this? I don’t WANT to feel this way!  I don’t LIKE to be in this situation!”

We also unconsciously sense the way empowerment will be disruptive to “what is.”  My life will change radically, in ways I can’t anticipate (fear of the unknown should not be underestimated).  Others will not always respond well to your modeling/manifesting something they have chosen to remain safely ignorant of.

Gandhi, Jesus, MLK, JFK and RFK made others feel threatened to the point where they had to destroy the messenger of the power they were being offered.  When we empower ourselves, it affects others.  We are given MANY unconscious messages our whole lives from people we care about that say “don’t get too big,” “don’t overshadow me,” “don’t leave me,” “stay under control,” “don’t risk,” “don’t make anyone mad at you,” even as we are being told “you can be anything you want!” – which they almost never really mean.  (Really? So I can be gay, a drug addict, a different religion, a failure, a serial killer, a thief, have a sex change?)*

Have you found power to be dangerous, daunting or unmanageable?

* I’m not making a value judgment about any of these.  It’s simply a list of things for which others might reject us.