“Avoiding Pain” … You Say That Like It’s a Bad Thing 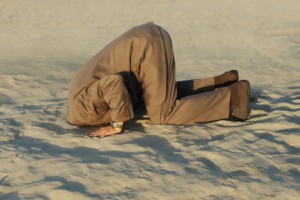 As you read this, keep in mind: avoiding and pursuing are opposite kinds of energy.

Sally is a high achiever in her job. It makes her feel productive and powerful. She’s recently had a child so she hasn’t had enough sleep, and the economy is bad, so she’s overwhelmed and things are tense.

Lately, she is not flourishing in business like she’s used to, and this is creating anxiety about finances and the future.

When she’s asked about her dreams – what she would really like to be doing – she says all she wants is to be a stay-at-home mom.

That would make her happy.

Charlie is always cheerful. Everyone knows him as a happy guy, and they have come to expect his friendly greeting and warm demeanor. Some people find it hard to trust his sincerity, and others notice that he seems to just tune out when difficult emotions arise around him.

He seems to forget or deny experiences that were unpleasant which can make those close to him feel crazy. Nobody feels right trying to tell Charlie to stop acting so happy all the time, though.

In both cases what they say they want seems reasonable: Sally wants to be a mother, and Charlie chooses to be a happy person. These seem like admirable objectives. Who could argue?

When we look at what Conversations with God calls “the sponsoring thought,” (the original thought on which a belief system is based), we see a different picture. Both desires are rooted in fear.

Sally is depleted in an area in which she is accustomed to feeling mastery. She’s worn down, which will intensify a feeling she hates having: weakness.

Feeling she is failing leads her to fear impending, awful consequences. All of this puts Sally in a negative and defensive position. It is from this place that we hear what Sally wants, or rather doesn’t want.

She wants to stop the pressure and the pain, to stop feeling responsible. She needs a chance to rejuvenate. And it is this fantasy that she projects onto full-time motherhood.

Her sponsoring thought was to avoid pain. This is the equivalent of a negative affirmation. (“I want to stop being such an idiot.”)

Avoiding pain is about what you don’t want. If Sally would rest and restore her balance, what she would likely realize is that, while she loves being a mother, she truly desires to start her own business.

And that scares her.

Charlie’s fear is that people won’t like him if he’s not relentlessly upbeat. This strategy frequently has won him approval and acceptance in the past. Charlie disguises his fear from himself with the story that he just believes it’s a good way to be. Happiness is a choice.

But the sponsoring thought is to guard against inadequacy and rejection. Like Sally, he is focused on what he doesn’t want. Charlie is motivated by avoiding pain and will pay the price of unconsciousness and denial to protect himself. He can’t ever know what he really wants, because he would have to pass through his fears to see it.

In both cases their fears were rationalized with a persuasive cover story: “I love my child” and “I’m a person who chooses to be happy.”

One of the best ways to hide a covert agenda from ourselves is to name something its opposite, and in both cases here, they were disguising avoiding pain with seeking joy.